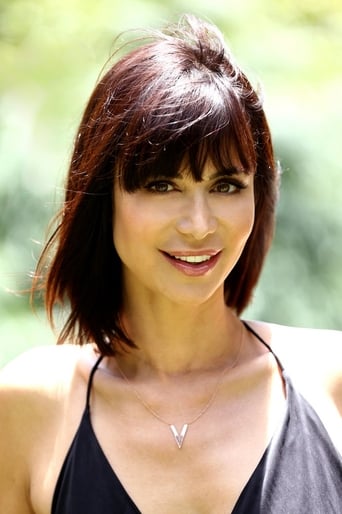 Tall and athletic actress Catherine Bell was born in London, England, but moved to Los Angeles with her mother when she was still a kid. Intending to study pre-Med in college, she dropped out to pursue a modeling career in Japan. After doing some commercials, she returned to L.A. to made guest star appearances on TV shows and do minor film work. She was Isabella Rosellini's nude body double for Death Becomes Her in 1992, leading her to meet her future husband (Adam Deason) on the film's set. After making a short guest appearance on the NBC show JAG, she wrote a letter to the show's producers expressing her interest in it. In 1996, JAG moved to CBS and she joined the cast as Major Sarah "Mac" Mackenzie, sidekick to Lt. Commander Harmon "Harm" Rabb (David James Elliott). As a real-life kickboxer and snowboarder, her athletic skills lead the way for physically demanding parts in the action movies Men of War, Crash Dive, and Black Thunder. In 2000 she starred in the sci-fi thriller Thrill Seekers with Casper Van Dien, and in 2003 she briefly moved to comedies for Bruce Almighty. ~ Andrea LeVasseur, Rovi